Marchionne to announce a 5 year strategy for the group’s respective brands. 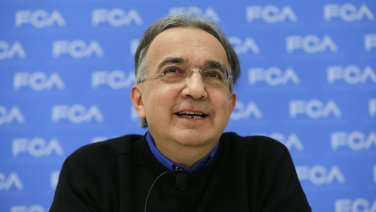 On May 6 2014, Sergio Marchionne, the boss of Alfa Romeo parent company FCA, is scheduled to announce a five-year strategy for the group’s respective brands, with most in the industry eager to hear what’s in store for Alfa Romeo.

Marchionne will announce plans to make Alfa Romeo a standalone firm, complete with its own management team and headquarters, just like Ferrari and Maserati.

Marchionne’s plan for Alfa has the same goal as the one he introduced for sister automaker Maserati: move the brand upscale to compete head-to-head with premium German automakers. Marchionne expects Alfa Romeo to build these cars exclusive in Italy for export worldwide.

The top versions of these vehicles will have V-6 gasoline engines, which are variants of powertrains Ferrari developed for Maserati that were adapted by Alfa engineers. The engine will likely be produced at sites in Pratola Serra or Termoli in southern Italy, sources said.

Alfa will also use in its future models the new Pratola Serra-built 1.75-liter four-cylinder turbocharged gasoline direct-injection unit that debuted in the limited-edition 4C coupe.

Diesel engines for Alfa will be built in Pratola Serra as well as by VM Motori, Italy, which already builds engines for Maserati.

“Alfa Romeos have to be produced in Italy with an Italian powertrain,” Marchionne said last month at the Geneva auto show, where the brand debuted the spider version of the 4C.

Some things belong to a place, and Alfa belongs to Italy, just like Ferrari and Maserati.