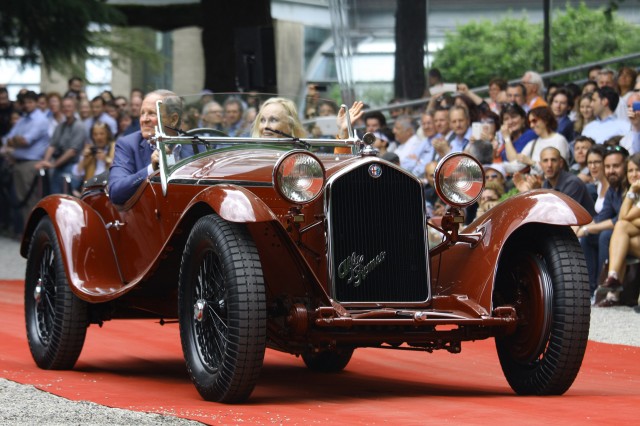 Zagato had a lot to celebrate at this past weekend’s Concorso d’Eleganza Villa d’Este as an Alfa Romeo built in the 1930s, won the event’s prestigious Best Of Show award.

The car was this 1931 Alfa Romeo 8C 2300 Zagato, owned by David Sydorick. The American has one of the most significant collections of Zagatos in the world including an 1963 Alfa Romeo TZ.

The 8C is one of the oldest Zagatos in existence. It was the successor to Alfa Romeo’s 6C 1750 and debuted in 1931 with a 2.3-liter straight-eight engine. It was a race car to be used exclusively by Alfa Romeo but was later sold to private owners as a rolling chassis. A number of coachbuilders penned bodies for the chassis, one of which was Zagato.

Some of the Zagato-bodied examples were favored by Enzo Ferrari, who used them in the early days of Scuderia Ferrari. He selected Zagato as a technical partner because of its specialization in creating light and aerodynamic racing bodies, inspired by aeronautics. And the 8C 2300 Zagato, in different versions dominated the most important races of the period (among them the Mille Miglia, 24 Hours of Le Mans, Targa Florio and the 24 Hours of Spa).

Head over to the website 0-100.it to see more photos of this Italian beauty.